A little over a year ago, it was reported that Australian schoolchildren were suddenly making dramatic gains in a number of subjects. The largest advances came in reading, with students increasing their “reading age” by over two years on average.

The secret behind these dramatic gains was a little program called Sound Training, which uses instruction in Latin roots, prefixes, and suffixes to boost a student’s vocabulary by giving them the tools they need to “work out what words mean.”

Recent research suggests that these results weren’t a fluke. According to a report by the think tank LKMco, this same training was recently conducted for six-week sessions in several U.K. prisons. The results were as follows:

So why did something as odd as Latin help adult prisoners make such rapid progress in such a few short weeks? Cheryl Lowe, the author of several Latin courses and the founder of Memoria Press sheds some light on that question:

“Students who study Latin develop an interest in words. They learn something they had never thought of before. Words don’t just drop out of the sky—they come from some place; words have a history, sometimes a very long and interesting history. Many words are world travelers, traveling from Greece to Rome to France to England. Words are fascinating.

So, Latin is the next step after phonics because it continues the study of the Latin half of English vocabulary in a systematic, orderly way. Skip the vocabulary courses. Learn Latin.”

In other words, Latin provides students – both young and old – with the key to unlock numerous subjects and mysteries they encounter in academics. Once a student knows and understands the foundation, building upon it is a breeze.

Such a realization should lead us to ask ourselves: by nixing Latin instruction from our schools, have we knocked the feet out from under generations of students, leaving them to struggle through the fog of schooling and literacy on their own?

This post An Amazing Thing Happened When Prisons Began Teaching Latin to Convicts was originally published on Intellectual Takeout by Annie Holmquist. 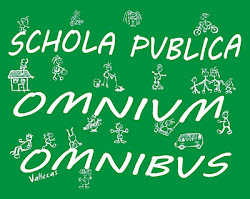